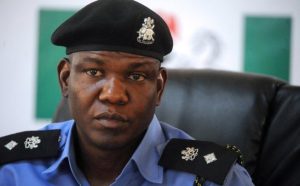 The spokesperson of the Nigeria Police Force, CP Frank Mba, who was recently promoted to the rank of Commissioner of Police, on Thursday disclosed that the force is monitoring and working with the EndSARS panels sittings across the nation.

Mba while speaking on Channels TV on Thursday said, “We have officers monitoring and involved in the EndSARS hearing/commission sittings across the nation.”

“We are documenting events in the panel and there are lessons to be learnt from the before and after acts of the EndSARS rally and coming out with customized solutions to address the issues via deepening the internal process of the Police Force towards community policing.”

The newly-promoted commissioner called on Nigerians to work with the police in their approach in the implementation of security across the country.

Mba further stated that the force is working effortlessly to create a safe and secure society for Nigerians to live in.

He also charged the government to resolve all issues around remuneration, logistics, and retirement benefits, noting that with all these fixed, the Force will work better.

Meanwhile, the newly appointed Director-General of the National Agency for the Prohibition of Trafficking in Persons (NAPTIP), Imaan Sulaiman-Ibrahim, has resumed office.

Naija News reports that this is despite controversies that followed her appointment over her unqualification for the position.