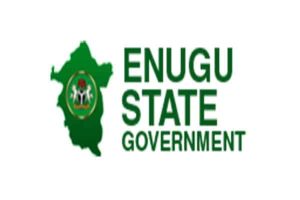 While Enugu State 2023 governorship election draws near, controversies have continued to get even hotter over which zone deserves the honourable position.

The argument which has brought the name of the former Deputy President of the Nigerian Senate, Ike Ekweremadu into the mud has, however, been condemned as leaders of the Youth Coalition noted that the power to any position belongs only to God.

The Enugu West Youth Organizations cautioned against further attack among parties over zoning of governorship sea, noting that the position could go to any of the state zones since every of the zone has enjoyed a slot before now.

However, some stood their ground that it is the turn of the Enugu East Senatorial zone to produce the next governor of the state.

Calming controversies at their last meeting, the coalition group in a statement signed by Comrade Onyeabochukwu Christian, the Coordinator and the secretary, Comrade Izunna Umeokeke blasted those mentioning Ekweremadu’s name in the lingering word war, describing it all unnecessary.

The group further lament over attacks on its leaders by some persons in the zones and warned that it would no longer tolerate the disturbing act.

The communique reads; “The current social media campaigns of calumny, malicious and vicious attacks on our elected and appointed leaders by certain individuals who apparently have been recruited by faceless persons within the State to do this hatchet job. These attacks have become unrelenting and developing in disturbing dimensions in the past few months.

“As a body we have keenly followed the activities of these misguided individuals from Enugu-West, most especially neither from Awgu Local Government Area casting aspersions on the frontline leaders of Enugu-West with neither cause their actions nor reason their guide.

“As a responsible group, we can no longer fold our arms and pretend that all is well; while some miscreants continue to batter the good image and reputations of our revered leaders notably His Excellency, Distinguished Senator Ike Ekweremadu, Rt. Hon Toby Okechukwu and Rt. Hon Denis Oguerinwa Amadi.

“We are persuaded that these gentlemen and others have eminently distinguished themselves among their equals at the National Assembly and in the State.

The group again praised the role played by Ekweremadu and other leaders in the state, noting that is it enough for them to be respected and as well prayed for instead of dragging their names into unnecessary arguments.

The statement added, “Distinguished Sen. Ike Ekweremadu, Rt. Hon. Toby Okechukwu and Rt. Hon. Dennis Oguerinwa Amadi, without doubt, are among the finest parliamentarians in the annals of Nigeria’s legislature, and the facts of their excellence are there for all to see. In view of the quality representation that has been witnessed in Enugu west senatorial zone since 2003 till date, it is safe to state clearly that our National Assembly representatives have done so well and they deserve our respect, support, prayers and commendation to enable them do more.

“We will deploy all means within the ambits of civilized sensibilities to stop the galling character assassination of our leaders by some hirelings. We are not unaware of the fact that those fanning the embers of discord in Enugu-West have the blessings of highly placed individuals outside Enugu-West.

“The vexed issue of zoning or who governs Enugu State in 2023 is in the hands of God bearing in mind that power comes from God. However, it is not the business of any Enugu-West person to decide who governs Enugu state in far away 2023 in terms of suggesting that it is not the turn of Enugu-West. When that time comes the leaders of Enugu State will decide what happens. Specifically, we demand an immediate stop to the incessant spate of character assassination of our leaders. Not even Enugu-East Senatorial Zone has been this agitated by the fever of zoning.”

“We wish to extend our warm gratitude to Papa Enugu, His Excellency Rt. Hon. Ifeanyi Ugwuanyi (Gburugburu), the Executive Governor of Enugu State for the cordial relationship between him and our National Assembly members.”

“We want His Excellency to remind those bad eggs trying to cause confusion between him and our National Assembly members that Enugu State PDP is one indivisible family that cannot be divided by mere political propaganda aimed at scoring cheap political goals.”

289 thoughts on “Enugu 2023: It’s Nobody’s Business From Enugu-West To Decide Who Governs – Groups”