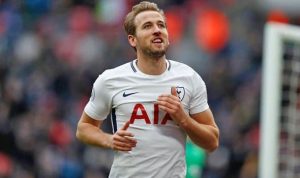 The United Kingdom born and English professional footballer, Harry Kane has revealed the gender of the child to be delivered by his wife, Katie Goodland.

The player who plays as a striker for English Premier League club, Tottenham Hotspur on Monday, July 20 took to his Twitter account to share a video with a caption “We are having a Boy”.

Watch the video below;

Naija News understands that Kane has so far in his football career won himself six Premier League Player of the Month awards and as well selected for the PFA Team of the Year four times.

It was reported that a test carried out on fifty-eight players and staffs of the club ‘Forest Rangers’ returned with twenty-eight positive results to the novel virus.

The development was confirmed by the National Football Association, which confirmed that all eighteen league clubs were made to undergo coronavirus test in the previous week.