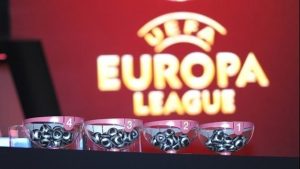 The quarter-final draws for the 2019/20 UEFA Europa League games have been held on Friday, July 10 at the UEFA headquarters in Nyon, Switzerland.

UEFA concluded that Europa games will resume and be concluded after the games were initially suspended due to the global Coronavirus outbreak.

The final game is scheduled to be played in Cologne on August 21.

The quarter-finals and semi-finals will be played as one-off ties with German cities, Cologne, Duisburg, Duesseldorf and Gelsenkirchen all hosting games.

All games are set to be played behind closed doors.

This year’s Europa League final was initially planned to be played in the Polish city of Gdansk in late May before the COVID-19 crisis forced a change of plans.

Gdansk will host next year’s final instead.