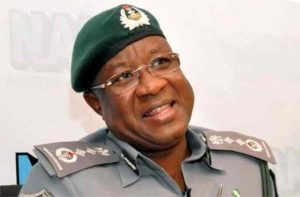 The immediate past Comptroller-General of the Nigeria Customs Service, Abdullahi Dikko, will be buried tomorrow (Friday).

The development was confirmed by a family member on Thursday night.

Naija News gathered the former Customs boss who hails from Katsina State, died in Abuja on Thursday at the age of 60 after a protracted sickness.

Dikko was the Customs Comptroller-General between 2009 and 2015.

Prior to his death, he was the subject of investigation for alleged financial mismanagement by both the Economic and Financial Crimes Commission (EFCC) and the Independent Corrupt Practices and Other Related Offences Commission (ICPC) – two frontline anti-graft agencies in Nigeria.

However, his ill health made it difficult for him to be tried but his house estimated to be worth about N1.1bn as well as cars worth hundreds of millions of naira were seized by the EFCC under the leadership of former acting Chairman, Ibrahim Magu.

The former Customs boss is survived by one wife and three children –two sons and a daughter.