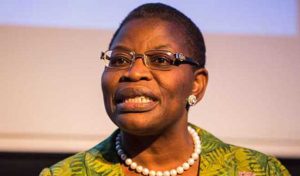 Former Minister of Education, Oby Ezekwesili, on Tuesday, condemned the Minister of Information and Culture, Lai Mohammed, over his comment on school kidnapping in Nigeria.

Mohammed during an interview on Channels TV had stated that developed countries also experience school kidnapping.

The minister made this is statement amid the kidnapping of students and staff of Government Science College, Kagara in Rafi Local Government Area of Niger State by bandits.

“The thing about terrorism is that the terrorists don’t live by your own rules and they are especially interested in soft targets. They know that what is going to get global attention is kidnapping school children.”

“We must be careful; we can’t turn all our schools into barracks. What is important is intelligence gathering, surveillance rather than the physical presence of the soldiers or policemen.”

Ezekwesili while reacting to the statement described the minister’s comment as soulless that should not be heard from anyone in public leadership.

She wrote on her Twitter account, “Imagine. Yet another soulless statement that should not be heard from anyone in Public Leadership. The cries of #ChibokGirls and parents, #LeahSharibu and parents #KagaraStudents and parents are judging this statement daily.”