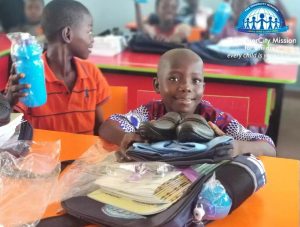 The Federal Government has announced that it will commence the disinfection of schools on Tuesday against the spread of COVID-19 in preparation for the resumption of schools.

The Nigerian government also revealed why it delayed the decontamination process, it also added that it has enough teams on the ground to carry out the disinfection exercise.

The Minister of Environment, Muhammad Mahmood, stated this in Abuja on Monday at the daily briefing of the Presidential Task Force on COVID-19.

He said, “Earlier I told you that we have sat with the Ministry of Education and we have the list of all the schools that need to be disinfected before resumption. Well, what we plan to do now is to do (decontaminate) the centres that will be used.”

The Minister while speaking on why the process was delayed said it was intentional, as the plan was to ensure that the chemicals were effective enough when the schools resume.

Mahmood said, “The delay is because it is better to disinfect and decontaminate within a short period of time so that the kids will be going back into these classes when they have been freshly decontaminated.”

“This is because the chemicals we use are chemicals that are not long-lasting, they have short contact time to do their job. So we will be getting this done before Monday when they (schoolchildren) will be back to use these classes.”

Mahmood further stated that the decontamination would commence from Tuesday and assured parents that the schools would be safe for learning activities.

“So it is between tomorrow (Tuesday) and the rest of the week. We have enough teams and people that we will engage to get that done. So rest assured that your kids will be returning to a safe environment when they resume,” he said.