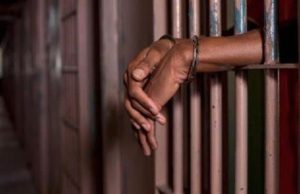 An Akwa Ibom State pastor has been reportedly arrested over an alleged child theft.

According to the report confirmed to newsmen by the state police public relation officer, CSP Nnudam Fredrick, the clergy who has been identified with the Land of Testimony Ministry, a Church situated at Marina Road in Oron Local Government Area of Akwa Ibom state, has been apprehended.

Fredrick in a statement made available to newsmen today Saturday, August 15, noted that one Mrs Mmayen Odiuotip, 39, and a pastor of the above-named ministry has been arrested over alleged child theft.

The police spokesman added, “The unwavering efforts of the command toward decimation of child theft paid off as the command arrested notorious members in the state,”

According to him, the command had successfully carried out the operation that led to the arrest of the suspects after it received a credible intelligence in June. Fredrick noted further that the clergyman had admitted to the crimes noting that the was actually bought for her sister Esin.

“Consequently, the operatives swung into action and apprehended her while the baby was rescued,”

The police spokesman, Fredrick, however, urged residents in the state to provide security men with useful information that would help to apprehend perpetrators of child theft.

Meanwhile, a High Court sitting in Ilorin, the capital city of Kwara State has convicted a young man who goes by the name Kolade Emmanuel Balogun, on offences bordering on internet fraud.

Naija News understands that Balogun who was arrested by the Ilorin zonal office of the Economic and Financial Crimes Commission (EFCC) was issued three months sentence by the High Court on Thursday, August 13, including controlling of traffic in the capital city.