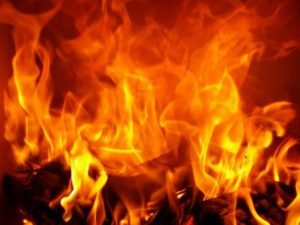 A late-night fire outbreak on Tuesday has destroyed some of the buildings housing the Nigerian Television Authority, NTA, Ilorin, in Kwara State.

According to the information gathered by Naija News, though no life was lost in the fire incident, many valuable items were destroyed.

The Director, Kwara State Fire Service, Waheed Iyanda Yakubu, said that “a distressed call was received at about 11.20p.m.”

“We met the fire full blown, but it was put under control at about 12.05 a.m, Wednesday, with five offices affected,” he noted.

Governor Abdulrahman Abdulrazaq, accompanied by his Commissioner for works, Engr Rotimi Iliyasu have already paid an on-the-spot assessment visit to the station.

As at the time of filing this report, the real cause of the fire could was yet to be ascertained but the administrative section and the marketing department were affected by the fire.

Also torched were the news and current affairs Office and part of the programmes unit housed in the same block.

The state fire service said an investigation was ongoing to ascertain the cause of the fire incident.