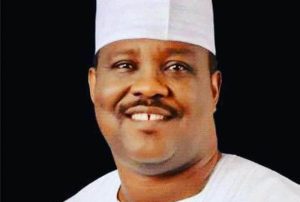 Hon. Zakawanu Garuba, a former Speaker of Edo State House of Assembly, has died of an undisclosed ailment on Saturday morning.

Garuba who holds the traditional titles of Oshiote of Auchi Kingdom and Okumagbe of Uzaire died at an Abuja hospital.

Born on 23 August 1965, in Akpekpe community, Auchi, in Etsako West Local Government Area of the state, the two-term lawmaker studied Law at the Obafemi Awolowo University, Ile-Ife, Osun State and was called to Bar in 1990.

He was elected into the Edo State House of Assembly in 2003, on the platform of the Peoples Democratic Party (PDP).

He was later appointed into the Board of the Securities and Exchange Commission (SEC) to serve as the Executive Commissioner, Finance and Administration.