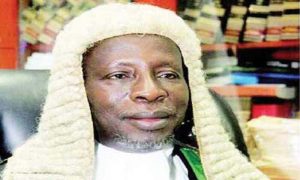 The immediate past Chief Justice of the High Court of the Federation, Justice Abdul Kafarati, has been confirmed dead.

Naija News gathered that the former Attorney General of Bauchi state died on Thursday night after a brief illness.

A family source who announced his death in a statement on Thursday said: “Innalillahi Wa inna ilaihi Rajiun. It is with deep sorry that I announced the passing away of our elder statesman, Hon Justice Abdul Kafarati the immediate past Chief Justice of High court of the Federation and former Bauchi State Attorney General which occurred this night (Thursday) after magrib Salat at Abuja.”

The statement noted that Justice Kafarati will be buried today after the Juma’at prayers at Central Mosque Abuja.