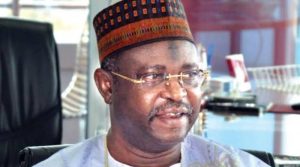 The presidency has denied speculations that a former Speaker of the House of Representatives, Ghali Na’abba was invited for questioning by the Department of State Service (DSS) over comments against President Muhammadu Buhari.

Na’abba had earlier disclosed that the DSS had extended an invitation to him, with his group suggesting it had to do with comments about President Buhari’s administration and he would be honouring the invitation by 12 noon on Monday.

The invitation is understood to be connected with his recent interview on Channels Television on Thursday regarding the agenda to bring about a new Nigeria that works for all in which he also criticised Buhari’s administration.

However, the presidency in a statement on Sunday night released by presidential spokesperson, Garba Shehu denied any links with Na’abba’s invitation by the secret police.

It, however, described Na’abba’s submissions in his interview as “irresponsible utterances” targeted at a publicity stunt.

The presidency statement read: “The presidency urges the general public to ignore as a publicity stunt, the widely circulated reports alleging that former Speaker Umar Ghali Na’abba has been invited by the Department of State Service, DSS over his alleged comments on President Buhari.

“Our findings have revealed that his invitation has nothing to do with the alleged irresponsible utterances by Umar Ghali Na’abba, which in any case did not catch the attention of the Presidency, or of any serious politician for that matter.

“There are serious politicians who talk, and the Presidency responds because such politicians throw jibes which must get attention. Flash in the pan politicians and those who fabricate political relevance don’t bother anyone.

“We advise Na’abba to distance the presidency from the situation he has found himself and sort himself out accordingly.”