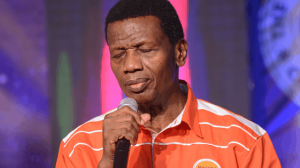 Media mogul and Publisher of Ovation Magazine, Dele Momodu, has kicked against the continued negotiation with bandits by a renowned Islamic cleric, Sheikh Abubakar Ahmad Gumi.

In an article, Momodu lamented that security agencies know the locations of bandits and terrorists but fail to apprehend them.

According to the business mogul, some powerful, untouchable, inviolable Nigerians are protecting the bandits for their selfish gain.

Dele Momodu wondered how Islamic cleric, Sheikh Ahmad Gumi, has been “strolling in and out of the forests.”

He said the General Overseer of the Redeemed Christian Church of God (RCCG), Pastor Adeboye, would have caused an uproar nationwide and worldwide if he were to be negotiating with the bandits and terrorists the way Gumi had been doing.

Momodu said Gumi was spared by the government, while others “who have not carried machine guns, Kalashnikovs and other weapons of mass destruction have been promptly declared persona non grata and dangerous criminals and terrorists by the Inspector General of Police and the Governor of the Central Bank.”

He said, “As I write this, terrorists, insurgents and bandits have encircled Nigeria. While Boko Haram continues to wreak havoc with mathematical precision, in its traditional domains of the North-East, other terrorists, warlords and supporters of the All Progressives Congress have emerged in the North-West and there are bandits in nearly every zone. They operate with so much confidence and gusto. They dare the authorities to come after them knowing, each time that there is a clash, it is the Nigerian military that is worse off with its nose proverbially bloodied.

“In the last few weeks, and as recent as two days ago, the Muslim cleric, Sheikh Gumi, has been seen strolling in and out of the forests where the bandits are comfortably ensconced, without any fear of attack or antagonism. In fact, the visits are now televised, and many are wondering what’s going on.

“In this same country, those who have not carried machine guns, Kalashnikovs and other weapons of mass destruction have been promptly declared persona non grata and dangerous criminals and terrorists by the Inspector General of Police and the Governor of the Central Bank, whose business it has now become to police the bank accounts of innocent protesters. Just imagine for a second a Pastor Enoch Adejare Adeboye entering a forest to negotiate with terrorists and the uproar it would generate worldwide.

“So, some powerful, untouchable, inviolable Nigerians actually know the location of the terrorists. And the security forces also know the forests they reside in. I’ve been wondering what happened to our Air Force. Meaning, it is not that our own hawks can no longer capture chickens but some powerful people in government are not allowing them to swing into action. It is well.

“My conspiracy theory is that some powerful people see the bandits as their own kindred spirit and would rather protect them than have them maligned, traduced and destroyed for the vermin that they represent to those whom they pillage, rape, destroy, maim and kill. The body language is unarguably easy to decipher. Let’s stop pretending not to know how to smell the fish. This cesspit smells and stinks to high heavens.”