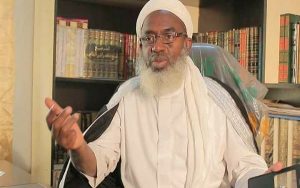 Gumi had in a recent interview on Channels TV described journalists as “criminals” for their consistent reporting of the activities of bandits and describing the outlaws as criminals.

“You are emphasising on criminality, I don’t know. Even the Press (journalists) are criminals too because they are putting oil into fire. These people are listening to you, don’t address them as criminals if you want them to succumb,” he had said.

But speaking during an appearance on Arise TV’s Morning Show, IPC Executive Director, Lanre Arogundade, said Gumi was setting a bad precedent with the comment.

He noted that journalists have suddenly become the target of other people’s frustration, adding that the comment made by Gumi was reckless.

He said: “Journalists are on the spot… first and foremost, there is a failure of leadership and my feeling is that an attempt is being made to blackmail the media to make it look like the media is ab initio the creator of the crisis or series of crises we have in the country.

“We might raise questions about our reporting but to make it look as if the media sat somewhere and created all these would be something that is totally out of place.

“This media-bashing must stop…The media didn’t create these crises. Instead of solving these problems, all we have are statements from elected leaders of the country that are capable of further inflaming…

“One needs to totally condemn the statement of Sheikh Gumi saying journalists are criminals. I think he needs to re-substantiate this; he needs to be taken to chart over this reckless statement… It is a dangerous precedent, and a bad one and we demand a retraction.”

“On the other hand, it is also unimaginable that someone would wake up and say we should stop referring to bandits as ‘criminals’… This is an attempt to change the narrative.”

Arogundade admonished advised journalist to always ensure professional and ethical reporting, understanding the concerns of conflict management and resolution and most importantly holding the leadership to account.