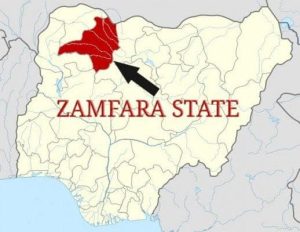 According to Daily Trust, the abduction of the schoolgirls happened in the early hours of Friday.

A resident of Kawaye village identified as Sadi Kawaye disclosed that his daughters, Mansura and Sakina were among those abducted.

He said, “I’m on my to Jangebe now to see the situation myself. I was told they invaded the school around 1 am.”

The spokesperson of the Zamfara State Police Command, Muhammad Shehu, noted that he can say anything at the time of filing this react.

This is coming after Governor Abubakar Bello of Niger State claimed that the federal government had abandoned the state government to its fate to rescue students and staff of Government Science College, Kagara.

The governor said this on Thursday while playing host to former Abia State Governor and Chief Whip of the Senate, Senator Orji Uzor Kalu who paid him a sympathy visit at the Government House, Minna.