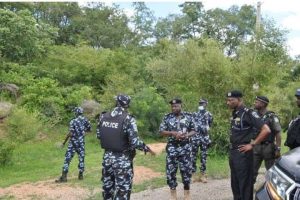 Some yet to be identified gunmen suspected to be kidnappers has reportedly kidnapped three people in Kano State.

Naija News learnt that the kidnappers on Monday, August 31, mounted a roadblock along the Falgore Forest in Doguwa LGA of the State.

According to the report by an eyewitness who gave his name to reporters as Ado Musa, the community was attacked at about 7 am of Monday, causing residents severe injuries. Also, the Commander of the Islam police popularly known as Hisbah, Mukhtar Abdulmumin sustained an injury, Naija News understands.

Confirming the incident, Kano Police Command spokesperson, Abdullahi Kiyawa said the command has commenced an investigation into the incident.

Meanwhile, Agro Rangers squad of the command of the Nigeria Security and Civil Defence Corps, NSCDC in Oyo State has reportedly arrested a farmer in Ogbomoso for allegedly killing a Fulani herdsman in his farm.