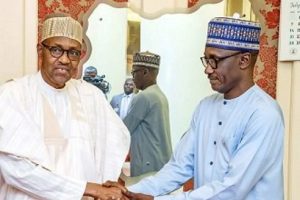 The Nigerian National Petroleum Corporation (NNPC) has revealed that two Nigerian refineries Spent N85.9 Billion In expenses, But Produced No Fuel In 13 Months.

Naija News learnt that this was published in a report showing that three refineries in Nigeria cost the country ₦148 billion in expenses, but produced less than 40,000 metric tonnes of crude oil in 13 months.

In the June report published by the NNPC, the oil corporation attributed the operational shortfall to the ongoing rehabilitation of the oil refineries.

The refineries have a combined production capacity of 445,000 barrels per day (bpd).

But from June 2019 to June this year, the three petrochemical companies could only manage 38,977 metric tonnes of crude production.

This was produced in July 2019 by the Kaduna refinery, which amassed an operating deficit of ₦62 billion in 13 months, according to a review of the published details.

With zero production, the Warri and Port Harcourt refineries respectively gulped ₦42.1 billion and ₦43.8 billion from the country’s coffers.

“The declining operational performance is attributable to ongoing revamping of the refineries which is expected to further enhance capacity utilization once completed,” the NNPC wrote in its report.