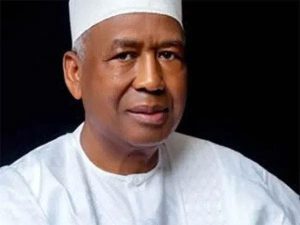 Funtua died yesterday after he suffered a cardiac arrest.

Ayodele noted that in a series of prophecies he made available to newsmen today, he had predicted the death of a prominent Nigerian, categorically stating that it will happen within this week and next week.

He had said, “Within this week and next week, let’s pray not to lose a prominent Nigerian.”

Ayodele, in one of his predictions, had said that “President Buhari will still cry if proper cleansing isn’t done in the Villa.”

Funtua died on Monday after suffering cardiac arrest and the news was first broken by President Buhari’s aide on new media, Bashir Ahmad, who hinted that the deceased was hale and hearty till he suddenly went to the great beyond.

Ayodele, in one of his most recent prophecies said that the Chief of Army Staff, Tukur Buratai may face assassination.