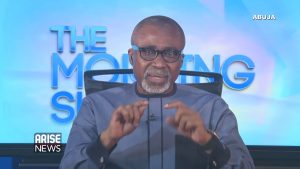 The Senate Minority leader, Senator Enyinnaya Abaribe (PDP-Abia South), has narrated how he survived three impeachment moves as Deputy Governor of Abia State during the administration of Orji Uzor Kalu.

Naija News reports that Senator Abaribe stated this in his book entitled, “Made in Aba”, which will be launched in Abuja on March 1, 2021.

According to the Senate leader, his trouble with Orji Uzor Kalu started when he failed to join the league of “Egusi” peelers that regularly visited his mother’s abode “for whatever reason”.

“I lasted exactly three years and nine months in office, before I threw in the towel. The bumpy ride ended on 7th March, 2003, when I finally resigned and switched parties,” Abaribe said.

“The one tenure was characterised by three attempts at impeachment. The one thread that runs through them all is that government can make no error.

“Once the idea stuck in the head of the chief executive, person around him would leave no stone unturned to actualise the desired end.

“The first attempt at impeaching me died on the floor of the House of Assembly, roundly defeated for the baseless shenanigan that it was.

“The second attempt I survived by a hair’s breadth: by just one vote differential. The third, I did not bother to respond to.”

He said the then President Olusegun Obasanjo and Senate President, Dr. Chuba Okadigbo, tried to intervene separately in his rift with Uzor Kali but nothing came out of it.