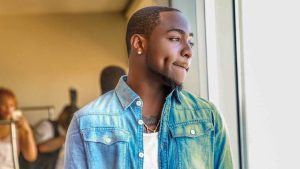 Award-winning Nigerian musician, Davido, has disclosed what led to the death of his mother.

The talented singer during an interview with Ebuka Obi-Uchendu on Wednesday said his mother who was from Benin City died of cardiac arrest on his father’s birthday.

Davido further stated that he was 10-year-old when the sad incident occurred and her death affected him years later.

“I was about 10 to 11 years old when she died. She died on my father’s birthday. Honestly, it was just cardiac arrest. Even if it was going to happen, I would not have known because I was about 10 or 11 years old.”

“She was not really sick. She used to get sick once in a while but it was nothing serious.”

He added that he sees his mother in his fiancée, Chioma, he noted that If she were alive he would have bought her so many diamonds and houses.