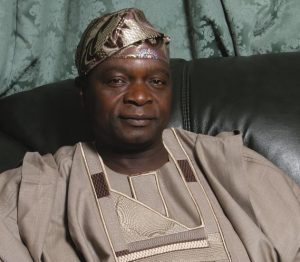 Former Governor of Osun State, Olagunsoye Oyinlola, on Saturday noted that former President, Goodluck Jonathan, lost that 2015 presidential election due to his removal as the Peoples Democratic Party National Secretary.

Oyinlola during an interview with Punch noted that he did not stay in the party because the former President believed that former Governors had no electoral value.

Recall that five governors in 2015 dumped the PDP for the All Progressives Congress ahead of the general elections.

Former governor of Rivers State, Rotimi Amaechi; Muritala Nyako of Adamawa State; Abdulfatai Ahmed of Kwara State; Rabiu Kwankwanso of Kano State; and Aliyu Wamakko of Sokoto State all left the PDP for the APC at the peak of the crisis that followed Oyinlola’s removal as secretary.

Although two other PDP governors, Babangida Aliyu (Niger) and Sule Lamidi (Jigawa), were initially also part of the plot to dump their party, they rescinded the decision.

According to Oyinlola, the decision by the two PDP governors, who failed to move with others to the APC, did not eventually affect the result of the poll coming from their states, as people of Niger and Jigawa bought into the Change mantra by the APC.

Oyinlola expressed surprise that the former President believed that the exit of five governors at once would not affect his chances.

The PDP chieftain said, “Some people emboldened the then National Chairman of the PDP (Bamanga Tukur) that the seven governors (who left the PDP to form New PDP) were of no electoral consequence and he bought it. So, how can you say seven sitting governors have no electoral value? How Mr President bought into that, I still don’t know till tomorrow. But that was what cost him his re-election.”

“The people of the two states (Jigawa and Niger) had already subscribed to our movement. So, the seven states voted massively for Buhari. If you deduct the votes of those seven states from Buhari’s total scores, he (would have) lost.”

“So, when it became a decision to move into the APC, my followers in Osun came to me and asked about how we were going to join the APC, considering what they had done to us here. I said, ‘This battle is not mine, it’s a collective decision. The seven governors cannot be fighting my course and I will be going the other way.”

“If I was to only consider what happened here, there shouldn’t be any relationship. However, I had to look at the national picture where the New PDP decided to move based on my illegal removal because that was the beginning of the PDP crisis. That was what forced those governors to form New PDP and move.”

“I cannot extricate myself from the common decision because of what has happened to us or what the APC has done to us in Osun State. I told my followers, ‘This fight is because of me. You may decide to stay wherever you want to, but for me, there is no other choice because the battle is because of me.”

The former Governor while reacting to the report that his return to the PDP was to contest for the National Chairman in the next convention, he said he would only consider the bid if it was zoned to the South-West and he was able to mobilise enough support.

He said, “If Governor Seyi Makinde of Oyo State wants me to emerge as National Chairman to bolster the influence of the PDP in the South-West, what is wrong with that?”

“I don’t see anything wrong. He has not told me that he is pushing for me to be, but one of the reasons he wanted the PDP to move and get me back was for the leadership role in settling disputes within our party in the South-West and that’s why I was made the chairman of the reconciliation committee.”

The PDP chieftain noted that he had worked hard enough to know the problems in Oyo and Ogun states, saying they were moving to Ondo State soon.

Oyinlola also said the insinuation of him wanting to be PDP chairman had reached the current occupant of the post, Uche Secondus, adding that there was nothing wrong in the South-West leading the opposition for the first time in its history at such a crucial moment of its existence.

He added, “How would any progressive mind not aim for a higher plain? One thing is certain, if it is zoned to the South-West and I am able to mobilise enough support, I will throw my hat into the ring, but the first thing is ‘let it be zoned.”

“Some people have been carrying that rumour that I am being brought back to become the national chairman of the party. I told those behind the rumour that some people were running around, begging everybody for Oyinlola to come back to the PDP, now you have succeeded.”

The PDP chieftain noted that, when he was trying to resolve the differences in the party, he had cause to meet with Secondus, especially with the suggestion that the Osun PDP chairman, Soji Adagunodo, should resign.

Oyinlola said, “I said, ‘I’m told they have carried a story to you that I was brought to upstage you as the national chairman.’ I then asked him, ‘Is there no zoning again in our party, because before I left, and as the National Secretary of the party, I knew there was zoning? If the National Chairmanship is zoned to the South-South, will I come and contest with you there?’ Secondus said no.”

“For 10 years of my life, I have been governor – two and a half in Lagos, seven and a half in Osun. That is no mean feat when it comes to administrative experience. I have been the National Secretary of the party, which means I have worked for hand in hand with the National Chairman and the Secretariat. What remains is to be chairman and what other experience will you want in a man to lead a party?”