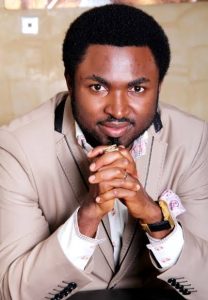 Among the prophesies given by Emmanuel Omale, founder of the Divine Hand of God Prophetic Ministry, Abuja in December 2019, was that President Muhammadu Buhari retaining Ibrahim Magu, suspended acting chairman of the Economic and Financial Crimes Commission (EFCC).

“President Buhari has seen the great success of his war on corruption under Ibrahim Magu and he will submit his name for re-appointment and confirmation in spite of massive gang up,” he had said on December 31, 2019.

However, Naija News reported earlier that Magu used Omale in purchasing a property in Dubai, and also launder funds.

Also, Magu has not only been suspended but is also facing serious scrutiny by a panel headed by Ayo Salami, former president of the appeal court.

He was accused of lack of transparency in the management of recovered looted funds by the Commission.

Here are what Omale said in his end-of-the-year message: