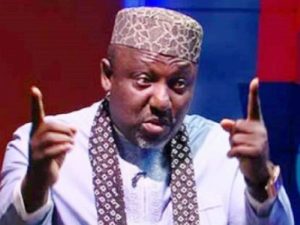 Naija News had earlier reported that the state Police Command, on Sunday, arrested the former governor of Imo State and three of his political associates.

This happened after Okorocha and his supporters with armed policemen, Soldiers, and the personnel of National Security and Civil Defence Corps stormed Royal Spring Palm Estate, Owerri, and unsealed it.

The Estate was linked to the former Governor’s wife, Nkechi Okorocha.

The state government through the State Commissioner for Lands, Survey and Physical Planning, Enyinnaya Onuegbu, had on Friday supervised the sealing of the Estate.

The spokesman to Okorocha, Sam Onwuemeodo, in a statement released on Sunday alleged that the governor’s Special Adviser on Special Duties, Chinasa Nwanari, allegedly led thugs who stormed the estate and destroyed vehicles in his convoy.

“They attacked and damaged all the Vehicles in his Convoy. They also attacked his personal aides.”

“Senator Okorocha was with only his personal aides when the thugs unleashed the attack.”

“This is the information we can give as of now. We are still watching events as they unfold.”

“Okorocha has the strongest political structure in the state and teaming followers in the State. If he had expected the attack, he would not have moved with his personal aides alone.”

“Okorocha has never been a violent man. This planned attack but unprovoked and unwarranted has opened a new, but ugly chapter in the politics of the State. We shall react fully to the situation.”