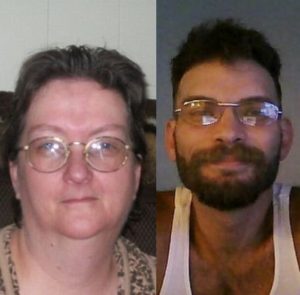 A mother and her son at the verge of facing years of imprisonment after wife to the son caught the two having sex in their apartment.

It was reported that the 42-years-old Tony L Lavoie who is a resident of Fitchburg, a city in northern Worcester County, Massachusetts, was caught making love to his mother Cheryl Lavoie, 64, in May 2020.

The incident was reported to the Police by a cousin of Tony’s wife who told the police she was informed by Tony’s wife about her walking in on her husband having sex with his mother before calling 911, Naija News learnt.

Reports revealed that the officer who visited the house reportedly discussed with the mother and son to acknowledge they had consensual sexual relations.

Speaking on the incident, Tony told the officer that it was the first time it had happened between them, “I don’t know. It just happened,” he said.

On her part when interrogated, Cheryl confirmed that they had gotten closer in the last few months and it happened after they began kissing.

However, after hearing from both sides, the officer decided there was enough evidence to charge the mother and son with incest. The two were reportedly summoned to appear in court on August 20 with a felony.

Naija News learnt that the court after hearing of the case charges the two to stay away from each other, ask them to re-appear before the court on October 27 for a pre-trial hearing, after they both pleaded not guilty of the crime.

Meanwhile, a security man was caught two days ago defiling an 8-year-old daughter of a Pastor in Delta State.