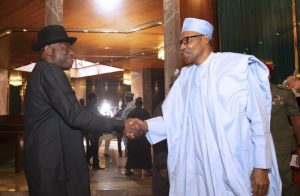 The presidency has submitted that the security situation in Nigeria has improved since the administration of President Muhammadu Buhari assumed power in 2015.

This was contained in a statement by the special adviser on media and publicity to the president, Mr. Femi Adesina where he highlighted major achievements of the military under the current administration.

Adesina in the statement released to mark this year’s Armed Forces Remembrance Day, said a lot has been achieved by the military “in tackling security challenges in the land, towards fulfilling the constitutional requirement of Government guaranteeing the protection of lives and property.”

The presidency, referencing a statement by the Borno State Governor, Prof. Babagana Zulum disclosed that Boko Haram is much weaker today than in 2015.

“January 15 every year is commemorated as Armed Forces Remembrance Day.”

“As the milestone is marked this year, it also provides ample opportunity to chronicle current landmark achievements by our military in tackling security challenges in the land, towards fulfilling the constitutional requirement of Government guaranteeing the protection of lives and property.”

“From state-wide statistics on affairs in the 27 Local Government Areas since 2011, the fact is that despite the recent happenings in Borno State, the security situation in Borno State and, indeed, that of the entire North East sub-region is still far better under Buhari, and this is based on records.”

“For instance, unlike the years before Buhari when a number of local governments were no-go-areas, we now have indigenes safely back to Gwoza, Askira-Uba, Dikwa, Ngala, Monguno, Kukawa, Damboa, Konduga, Mafa and led by our traditional leaders, which no one could have visited not to talk of living there. Our Emirs were all in exile.”

“Today, Bama is coming back to life and so is Askira-Uba, Damboa, Gwoza and others. Life is even returning to Baga. This was impossible before Buhari.”

“In fact, it was not possible to move few kilometres out of Maiduguri. Insurgents were so bold to attack and take over military facilities, like the Army Barracks at Monguno, Bama, Giwa Barrack and Multinational Joint Task Force Headquarters at Baga, to mention just a few. There were daily bomb blast attacks in many parts of Maiduguri, the most populated part of the state but all these have stopped under President Buhari. These are the records and no one can dispute them,” the statement reads in part.

Adesina also went ahead to list some checklist of military performances and successes recorded under the Buhari administration.

“200 kidnapped victims rescued by troops of Operation Lafiya Dole. A total of 1,385 rounds of ammunition, 45 grenades as well as 95 assorted rifles were recovered from BHT/ISWAP fighters. In addition, several gun trucks were captured, while some others were destroyed during air strikes. 1,805 insurgents/terrorists including commanders were killed by the troops aside scores killed by air raids/attacks. Additionally, within the period, a total of 79 arrests were made including high value targets.

“Troops of Operations Safe Haven, Whirl Stroke and Thunder Strike rescued a total of 130 kidnapped victims, and 105 assorted rifles as well as 513 rounds of ammunition and 1,055 rustled cattle were recovered from armed bandits and other criminal elements in the zone. 1,250 criminals, including family members of the Darul Salam sect, were arrested within the period. Furthermore, troops neutralised a total of 125 armed bandits including militia gang leaders.”

“The Exercise, code named ‘Taimako Yazo’, was aimed at simulating tactics, doctrine and synergy amongst first responders for effective CSAR operations of downed aircrew or other NAF personnel who have had to eject or abandon their aircraft in emergency situations.

“The ability to rescue crew from hostile environments is particularly important as it can be adapted for anti-kidnapping operations, as was recently done by the NAF in concert with other security agencies in the rescue of all the 344 kidnapped boys of Government Science Secondary School, Kankara, Katsina State.

“The Air Force will conduct a total of six of these exercises between January and June 2021, mostly in the north-west, particularly in Zamfara and Katsina states,” Adesina noted in part.

Meanwhile, President Muhammadu Buhari has asked critics of his administration to judge his performance with fairness and equity.

Speaking when he received the Executive Secretary of the Nigeria Christian Pilgrims Commission, Reverend Yakubu Pam, at the State House in Abuja on Thursday, Buhari asked his critics to consider all factors before rating his performance.

He also asked his critics to consider where the country was in 2015 and where it is currently, the resources available to work with and how much had been achieved with the available resources.