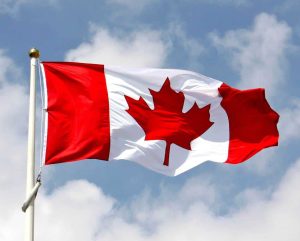 Worried by the current security challenges in Nigeria, the government of Canada has warned its citizens against travelling to certain states and some specific locations in Nigeria.

The Canadian government in a travel advisory published on its website said its citizens should avoid travelling to the identified states and locations except absolutely necessary due to the high risks of terrorism, armed attacks, kidnapping and community violence.

The statement further warned the citizens to always exercise a high level of caution when in the identified locations so as not to become victims of insecurity.

The statement warned Canadian citizens to “avoid non-essential travel to Nigeria due to the unpredictable security situation throughout the country and the significant risk of terrorism, crime, inter-communal clashes, armed attacks and kidnappings”.

“Avoid all travel to the following regions due to the risk of terrorism, armed attacks, kidnapping, intercommunal and sectarian violence:

“The north-western states of Kaduna, Kano, Katsina, Sokoto, and Zamfara; “The north-central state of Plateau;

“The north-eastern states of Adamawa, Bauchi, Borno, Gombe, Jigawa and Yobe; and

“The Niger Delta states of Akwa Ibom, Anambra, Bayelsa, Delta, Imo and Rivers (with the exception of Rivers’ capital city, Port Harcourt, where we advise against non-essential travel).”

It also urged its citizens to “exercise a high degree of caution in the cities of Abuja, Calabar, and Lagos due to the incidence of crime”.

Briefing newsmen after the meeting between the two leaders, Lawan disclosed that the meeting focused majorly on the security challenges facing the nation and how to overcome them.

He added that between now and the next two months, Nigerians will notice some activities targeted at improving the current security situation in the country.

The Senate President also noted that it part of plans by the government to make the roads and farms safe before the rains come so farmers can plant and have a good harvest.