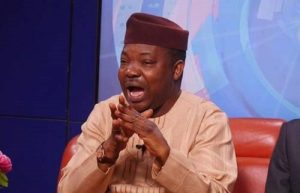 The Pan-Yoruba Socio-political organization, Afenifere, on Thursday condemned President Muhammadu Buhari-led government over the statement made by the Minister of Defence, Bashir Magashi, that Nigerians should defend themselves against bandits.

The spokesperson of the group, Yinka Odumakin, during an interview with Punch, said the statement of Magashi showed that Buhari has failed in its constitutional responsibility to protect the lives and properties of citizens.

Recall that the Minister of Defence on Wednesday said, “It is the responsibility of everybody to keep alert and to find safety when necessary. But we shouldn’t be cowards.”

“At times, the bandits will only come with about three rounds of ammunition, when they fire shots everybody runs. In our younger days, we stand to fight any aggression coming for us.”

The statement did not go down well with Nigerians who called on the Federal Government to licence arms in order to confront criminals.

“The token from that statement is that we (Buhari regime) have failed, we can no longer defend you. That was what he (Magashi) was telling us.”

The Afenifere spokesperson while speaking on attack on farmers in the South-West by criminal herdsmen, said any plan to seek “ethnic justice” will lead to genocide.

He said, “Any attempt to seek ethnic justice most times lead to genocide. That is why we have refrained, and cautioned against people seeking ethnic justice. But with the way Buhari is going, he is pushing people to that level where they may have to seek justice on their own.”

“There is nothing like farmer-herder clashes, it is a lie by the Buhari government. What we have is herders’ terrorism against farmers. You send your wife to the farm, they waylay her and rape her, and say it is a clash. What clash is in that? The word, ‘clash’ is from the Federal Government, it is from Aso Rock, it is a lie from the pit of hell. What we are having is terrorising by the Fulani herdsmen.”

On the solution to the insecurity in the South-west region, the Afenifere chieftain said banning open grazing and embracing the ranching system of cattle breeding remained the only way out of the problem.