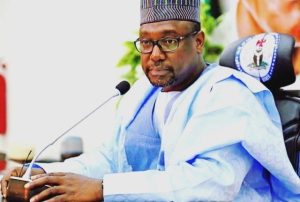 The Governor of Niger State, Abubakar Bello, on Monday, said security personnel in the country are insufficient to address security issues in the country.

Governor Bello in his statement called on the Federal Government to recruit more hands to tackle the security challenges affecting Nigeria.

Bello stated this on Monday when members of the National Assembly representing the state paid a visit.

The delegation commiserated with the government over the abduction of staff and students of Government Science College, Kagara.

The Niger State Governor further stated that security agencies have been overstretched with insufficient surveillance equipment to manage security challenges.

He said, “We have been making all efforts to ensure insecurity is curtailed but it’s being extremely difficult mostly because of manpower shortage and lack of equipment.”

“The strength of the Police in Niger is just about 4,000. It used to be 14,000 for the state alone. You can see the police are overstretched and I believe it is the same as the military.”

Governor Bello called for joint work between lawmakers and the state executives to make the Federal Government expedite action towards the recruitment of more security agents.

He further stated that his administration is working effortlessly to secure the release of the students and staff abducted last Wednesday.