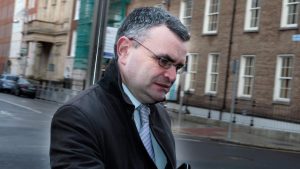 The Minister of Agriculture in Ireland on Friday, August 21 resigned from his position after violating the government COVID-19 protocols by honouring a parliamentary golf society dinner.

Naija News understands that Dara Calleary tendered his resignation just a month and a few days after his appointment into the same position.

According to the Irish Prime minister, Micheal Martin while speaking about the development, people across the nation have made painful sacrifices overtime to ensure strict compliance with the COVID-19 protocols.

Martin stated that Calleary has made “the right decision and an error of judgement”.

He said, “People all over the country have made very difficult, personal sacrifices in their family lives and in their businesses to comply with COVID regulations,”

The prime minister added, “This event should not have gone ahead in the manner it did given the government decision of last Tuesday.” Martin confirmed that the dinner which led to the minister’s resignation was held on Wednesday, August 19, a day after Ireland’s government announced ‘new restrictions to curb the spread of the virus and a new surge in cases.’

“Calleary was among 82 people at the Oireachtas (parliament) Golf Society’s 50th-anniversary dinner held at a County Galway hotel,” the Examiner noted.

Meanwhile, Madagascar as parts of its effort to reshuffle its government has fired its health minister, Naija News reports.