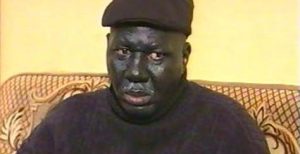 There is a rumour that Nollywood actor Baba Suwe is dead, however, is Baba Suwe dead as rumoured in some quarters?

Naija News understands that Baba Suwe is not dead though the Nollywood actor was critically sick last year and flown abroad for treatment, he had since recovered from the sickness.

On Friday, August 21, the rumour of Baba Suwe’s death emerged again but the death rumour has been debunked by another Nollywood actor, Yomi Fabiyi  in a video published on the micro-blogging site, Twitter on Friday evening where he stressed that Baba Suwe is alive.

Meanwhile, Baba Suwe whose real name is Babatunde Omidina is a Nigerian actor and comedian who is popular for acting Yoruba movies.