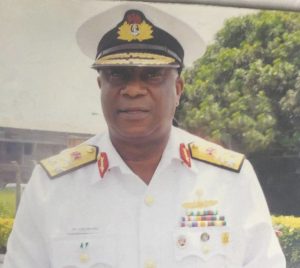 Naija News understands the former Naval chief passed away at the age of 65.

The late Aikhomu who until his death was the chairman of Ocean Marine Solutions (OMS) is the younger brother of former Military Vice President, Admiral Augustus Aikhomu (rtd).

He was also a member of the investigative panel on arms procurement between 2007 and 2015 which was set up by President Muhammadu Buhari during his first tenure.

His death is reported to have caused a big blow to the navy community who regard him as a fine officer with unparalleled information on maritime operations and logistics in the Gulf of Guinea.

May his soul rest in peace.