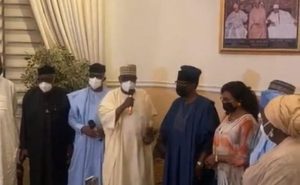 Naija News had earlier reported that the former Governor dumped the Peoples Democratic Party (PDP) for the APC.

The news platform reports that Daniel was a former presidential campaign manager of former Vice President Atiku Abubakar during the PDP primary election in 2019.