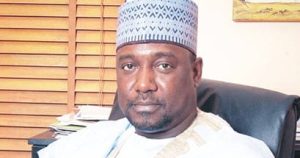 The Niger State Governor, Abubakar Sani Bello on Wednesday ordered the closure of all boarding schools in Rafi, Mariga, Munya, and Shiroro local government areas of the state until further notice.

The Governor gave the directive while addressing newsmen in Minna the state capital over the attack on Government Science College, Kagara in Rafi local government which resulted in the abduction of some students and staff of the school.

The Governor confirmed that the attack occurred at about 2am on Wednesday morning adding that one student, Benjamin Doma, was killed during the attack.

He added that no fewer than 27 Students, three staff and 12 members of a family were also kidnapped during the daring raid.

Governor Bello also addressed the viral video showing bandits who kidnapped some passengers of the state transport service on Sunday.

He stated that his government doesn’t negotiate with bandits but can provide amnesty for repentant ones. He also called on the federal government to provide help and support to ensure the safe return of all those kidnapped.

In his words: “It is not in our policy as a government to pay ransom to bandits because we have noticed that they use this money to buy arms and ammunition. However, the government will be ready to support and assist repentant bandits.”