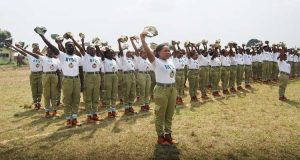 They were punished by the scheme due to various offences committed by the corps members serving in Kano State.

The Kano State Coordinator for NYSC stated this while presenting certificates to the Batch B, stream two corps members who passed out today.

Their passing out ceremony was held at Federal Secretariat, Kano State. Mohammad noted that two hundred and seventy-seven corps members successfully completed their service year in the state.

She further stated that no Coronavirus case was recorded among the corps members during the service year in the state.

The NYSC coordinator added that the scheme has made arrangements for ensuring safe returns of the corps members to their respective home states.

Mohammad called on the corps members passing out to be fully kitted during their journey back home with a view to ensuring their security.

She also advised them to put to use the skills acquired during their service years and post-camp training to make them self reliant and employers of labour.

The presentation of the certificates was conducted under strict adherence to COVID-19 protocols.