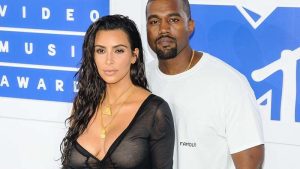 American business bi-weekly magazine, Forbes has debunked the claims of Kanye West on the billionaire status of his wife, Kim Kardashian.

Naija News recalls that the ‘Keeping Up With the Kardashians’ star was celebrated by her husband as a billionaire after she sold 20 percent stake of her beauty line to American multinational beauty company, Coty, for $200 million.

However speaking on the achievement, Forbes said the 39-year-old reality star and mother of four is worth about $900million after inking a deal with Coty Inc. to sell a 20 per cent stake in the company, which sells make-up and fragrances.

The Magazine company in its report revealed that Kim isn’t actually a billionaire yet although  She’s close to the landmark achievement as she is estimated to be worth about $900 million.