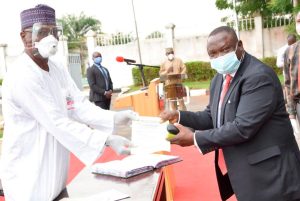 The governor also appointed a committee to investigate allegations of embezzlement of N300 million from local government funds under his administration.

Inaugurating the commissions, the governor said the Economic and Financial Crimes Commission (EFCC) had already started an investigation into the local governments’ allocation and disbursements, following an invitation from them.

In a statement issued by the governor’s chief press secretary, Rafiu Ajakaye, the governor said since July 14 he had asked the EFCC to look into the distribution of funds to 16 local government areas, as well as the revenue received to ensure that no money was wasted.