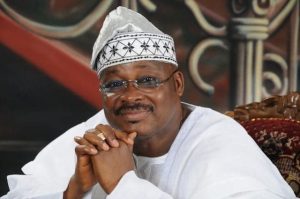 A few hours after reports emerged about the death of former Oyo State governor, Abiola Ajimobi the Lagos State Government has disclosed details of how the late politician struggled with his health till his last breath.

Naija News had reported earlier that Ajimobi died on Thursday, June 25. Giving an update on his death, Abayomi said that the deceased suffered from multiple organs failure due to complications from COVID-19 disease.

The commissioner commiserated with the family of the deceased who also was former Deputy National Chairman (South) of the All Progressives Congress.

He added, “On behalf of COVID-19 Lagos Incident Commander, Babajide Sanwo-Oluand the entire #COVID19Lagos response team, we convey our heartfelt condolences to the family of the former Governor and the people of Oyo state.”

A previous report had revealed that Ajimobi later tested negative for Coronavirus, he, however, could not survive it due to how the deadly virus had demoralized his system, Naija News understands.

The immediate Governor of Oyo who died at the age of 70 has been on life support before his death was finally announced on Thursday noon, Naija News reports.