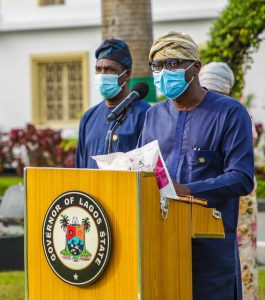 Governor Babajide Sanwo-Olu has announced the reopening of Cinemas, Spas and Gyms in Lagos State.

He made this known in a press briefing on Saturday at the State House, Marina.

Sanwo-Olu stated that cinemas must, however, keep strictly to 33% of their capacities.

According to the governor, cinemas, spas and gyms must get the necessary certification from the Lagos State Safety Commission.

Meanwhile, Lagos state has permitted churches and mosques in the southwest state to resume full services.

This online news platform understands that the decision of the Lagos State Governor is coming after worship centres were restricted to one gathering weekly after they were allowed to reopen following lockdown to check coronavirus in Nigeria.

Like the churches and mosques, Governor Sanwo-Olu also said public and private schools can resume fully on Monday, September 21, 2020.