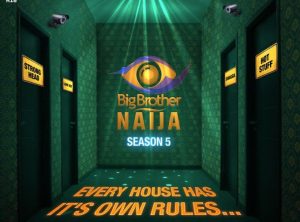 The fifth edition of the popular reality TV show, Big Brother Naija is set to debut on the screens as from July 19, 2020. This was disclosed on Monday via the official twitter handle of the organizers of the show when it wrote: The newest season of #BBNaija launches 19th July.

Femi Otedola’s daughter, Florence Otedola otherwise known as DJ Cuppy, has declared her intention to be in a housemate in this year’s much anticipated Big Brother Naija reality show. Cuppy who took to Twitter to surprise her fan when she said she might finally get the opportunity to get into the house this year.

Following the announcement by organisers of Big Brother Naija, season five’s auditioning, former housemate, Leo Dasilva has issued an important warning to Nigerians who are intending to register. Da Silva warned intending participants not to post the audition processes on their timeline, adding that such act could easily disqualify them.

Big Brother Naija, BBNaija reality show has announced the date for auditioning housemates for its next season. Through its verified Twitter page, the organizers announced that the show’s auditioning would begin on May 20th and end on the 30th.