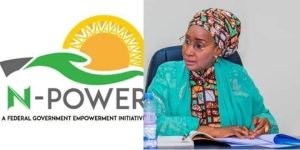 1. Npower News On Permanency For Batch A And B Beneficiaries

2. Former Presidential Candidate Tells Npower Beneficiaries What To Do Over Unpaid Stipends

A former Presidential candidate and human rights activist, Omoyele Sowore has urged Npower Batch A and B beneficiaries to join him on October 1 #RevolutionNow mass protest he is spearheading. Naija News recalls that the exited Batch A and B Npower beneficiaries are contesting their disengagement by the Federal Government led by President Muhammadu Buhari through protests.

Nigeria’s Minister of Humanitarian Affairs, Disaster Management and Social Development, Hajia Sadiya Umar Farouq, has noted that the Npower Batch C recruitment which is currently at the review stage will be free and fair. She gave the assurance on Thursday during a meeting in Abuja with the state focal persons for the Social Investment Programmes.

The Federal Ministry of Humanitarian Affairs, Disaster Management, and Social Development has denied releasing any list of successful candidates for the second stage of the Batch C Npower recruitment programme. To this end, the Ministry called on Nigerians to disregard the viral fraudulent messages which emerged on Thursday evening and claimed the list of successful candidates have been released.

Sadiya Umar Farouq, the Minister of Humanitarian Affairs Disaster Management and Social Development on Thursday approved the payment of Stipends to the exiting N-Power beneficiaries under one of its National Social Investment Programmes. The Minister on Monday noted approval has been given for the payment of the outstanding stipends for the exited N-Power Batches A and B beneficiaries.

7. N-Power: FG Hints On Those To Be Enrolled For Batch C

The Minister of Humanitarian Affairs, Sadiya Umar Farouq, on Friday disclosed an update on the N-Power programme as Batch C will commence soon. The Minister stated this at an event in commemoration of the ministry’s first year anniversary in Abuja.

The Federal Government social intervention scheme, N-Power, has commenced the payment of Npower stipends to affected beneficiaries. Naija News reports that N-Power commenced the payment of Npower stipends today, Wednesday, August 19, after seventy-nine days protests by aggrieved batches A and B beneficiaries of the social intervention scheme.

9. Npower Batch C Applicants Get E-Mail Updates As Batches A And B Get Stipends

Some Batch C applicants of the federal government social intervention scheme, Npower have started receiving e-mail updates from administrators of the scheme. It is understood that the mail is been received by some of those who had earlier completed the application process before the recruitment portal was closed.

10. Minister Reveals When Npower Batch A And B Beneficiaries Will Receive Unpaid Stipends

Aisha Yesufu, a rights activist and co-founder of the Bring Back Our Girls (BBOG) movement, has asked disengaged N-Power protesters to meet with other agitators to “protest on the same day.” Naija News reports that Aisha’s call is coming at a time Npower beneficiaries are still lamenting the delay in payment of Npower June stipend and Npower July stipend for the year 2020.

12. Where Is Our Stipend? Npower Beneficiaries Bomb Minister After Her Youth Day Message

Beneficiaries of the federal government social investment scheme, Npower have again cried out over the non-payment of their outstanding stipends and other benefits. The disgruntled beneficiaries who took to the micro-blogging site, Twitter to voice their anger on Wednesday blamed Hajiya Sadiya Umar Farouq, the Minister of Humanitarian Affairs, Disaster Management, and Social Development for the non-payment of their stipends.

The Honourable Minister of Humanitarian Affairs, Disaster Management, and Social Development in Nigeria, Sadiya Umar Farouq has given a summary of her activities in the last one week. The Minister took to her verified Twitter handle on Sunday in a series of tweets to highlight what she has been doing.

An appeal has gone out from the government of Osun State to former N-Power teachers to resume and prepare students for their forthcoming West African Senior Secondary Certificate Examination (WASSCE). The Senior Special Assistant to the Governor on Special Intervention Programmes, Lukman Bello, made the appeal on Monday.

In the last four years, the federal government has spent ₦14 billion on the programs of the Ministry of Social Welfare under Hajiya Sadiya Umar Farouq in Jigawa State alone. Plans include feeding primary school students, the N-Power youth program, and the distribution of ₦5,000 stipend per month. While N9.074bn has been spent on the ₦5,000-month program for the needy, ₦5.178 billion has been spent on the primary school feeding program from 2017 to date in Jigawa.

At least 2,000 Npower beneficiaries held a ‘Thank You Rally’ to Aso Rock, Nigeria’s Presidential Villa over the success of the N-Power scheme and other Social Intervention Programmes in the country. Naija News reports that the ‘Thank You Rally’ to Aso Rock was led by the Concerned Citizens/ N- Power Forum with participants drawn across the 36 states of the federation and the Federal Capital Territory (FCT).

Several aggrieved beneficiaries of the Federal government empowerment programme (N-Power) are currently protesting in Abuja, Nigeria’s capital. Naija News reports that the aggrieved Npower beneficiaries over their disengagement from the programme and unsettled stipends.

21. Why NPower Beneficiaries Are Yet To Get Stipends – FG

Some NPower beneficiaries were not paid their stipends because the payment platform already recognised their accounts, the ministry of humanitarian affairs, disaster management and social development has said. In a statement on Thursday, Rhoda Iliya, deputy director of information at the ministry, revealed that 14,020 beneficiaries of NPower have existing accounts on the payroll of other agencies.