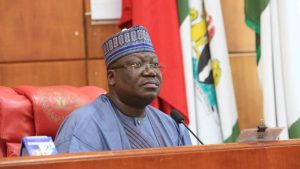 Lawan in a statement released through his spokesman, Ola Awoniyi, lamented that the incident occured while government is still trying to secure the release of students and staff of another secondary school in Kagara, Niger State.

The Senate President noted that the attack on schools and other banditry activities call for deep thought on how Nigeria arrived at this point.

Lawan also expressed his sympathy for the abducted schoolgirls and urged the authorities at all levels to work together to ensure their immediate rescue.

He called on all concerned authorities to give priority to securing schools and other locations now seen as targets for criminals.