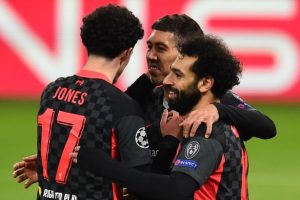 Liverpool FC on Tuesday, February 16 recorded a victory in the UEFA Champions League after losing three games at a stretch in the English Premier League competition.

This online news platform understands that the clash between the German club and the Reds were held at a neutral ground in Germany.