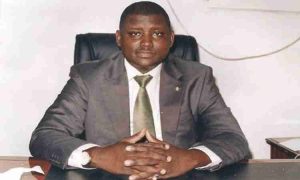 Abdulrasheed Maina, a former Chairman of the Pension Reform Task Team (PRTT), has vowed to use his expertise to recover not less than $10bn for the administration of President Muhammadu Buhari.

Maina made this known in a statement in commemoration of the 60th Independence Anniversary from his hospital bed after surgery.

The former Chairman of the Pension Reform Task Team (PRTT) vowed to recover the money within 30 days.

The statement signed by Maina’s Media Aide, Aliyu Musa, said Maina believes such money could help fix infrastructure deficits, fuel subsidy and ameliorate the electricity tariff which will ultimately put the looming industrial action by Nigerian workers to a halt.

“Maina indicated that, he is ready to start the recovery as soon as he fully recovers from the surgery he just had last week.

“The former Pension Boss further indicated that, he can only make the recovery of the said funds directly to President Buhari, as he expressed fear that, the money may be re-looted if not properly managed.