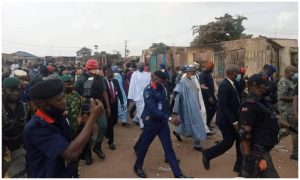 Governor Seyi Makinde of Oyo State has led his Northern counterparts to Shasha Market to assess the wanton destruction of properties at the scene of the clash between Yoruba and Hausa traders. 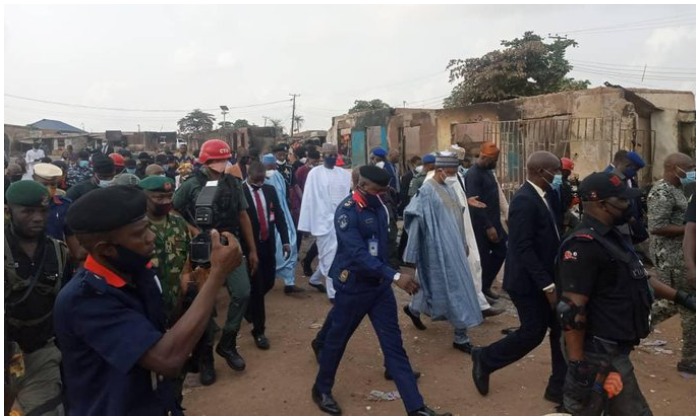 Makinde and the governors will also meet with various stakeholders from ethnic groups in the crisis with a view to arriving at amicable resolutions of the crisis.

Naija News had reported that Makinde had on Monday played host to the northern governors at the Agodi Government House, Ibadan.

The Oyo governor received them at the Agodi Government House around 7 pm alongside top government functionaries and led them into a closed-door meeting, which lasted about an hour.

How The Violence Started

Recall that the violent incident took place after a Fulani man died in a Shasha market as a result of an altercation between a Baha’i stray farmer and a Fulani shopkeeper in the market on Thursday.

Eyewitnesses said the Bahaushen, who was pushing a basket of tomatoes, fell in front of the woman’s shop which caused the tomatoes to spill. That is why the woman said he had to pick all the tomatoes, which led to a riot that left one Bayerabe dead.

“It was from there that we were attacked by some Yoruba vigilantes as a result of the clashes in the Shasha market,” said a man seeking refuge after the clashes.

He added that “the incident resulted in the death of one of the woman’s relatives – that is why the Yoruba people splashed out and sent messages attacking the Hausas”.