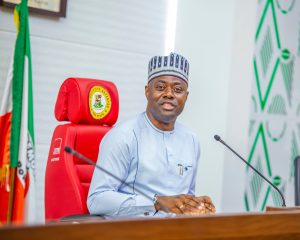 Governor Seyi Makinde of Oyo State has ordered the immediate reopening of Shasha market after peace returned to the popular market.

The governor gave the order on Tuesday during a meeting with the Shasa Community leaders, held at the Western Hall, Secretariat, Ibadan.

Makinde said following the clash between the Hausa traders and the Yoruba community in the market, the state government thas embarked on peace talks between the warring ethnic groups.

Meanwhile, hoodlums suspected to be members of the Indigenous People of Biafra (IPOB) have reportedly attacked and burnt the World Bank Housing Estate Police Station, Abayi in Aba, Abia State.

This is coming barely a few weeks after the attack and burning of Omoba Police Station in Isiala-Ngwa South LGA of Abia State.

It was gathered that the hoodlums killed an Assistant Superintendent of Police (ASP) and a police Corporal during the attack on Tuesday.

The attack reportedly took place at 2:30 am on Tuesday when the hoodlums took the police unaware, attacked the station, and made away with arms.

A police source told Daily Trust that the situation has created more tension in the city, as police officers are now working in fear.

This online newspaper reports that Police Stations in the south-east have repeatedly come under attack by hoodlums.