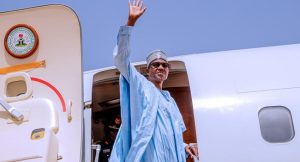 President, Muhammadu Buhari will join the delegation of his peers expected Thursday in Bamako to try to find a solution to the crisis to the crisis which shakes Mali, this vast Sahelian country of Africa of the west.

According to the latest news, the President of the Federal Republic of Nigeria, Muhammadu Buhari will be part of the ECOWAS Heads of State mission in Mali. According to a note from the organization, this fifth head of state will provide his leadership to help calm the socio-political climate in Mali.

Indeed, the president of the West African giant and his counterparts from Senegal Macky Sall, Ivory Coast Alassane Ouattara, Ghana Nana Akufo-Addo and Niger Mahamadou Issoufou are expected on Thursday around 10 am and will leave. around 5 p.m. on the same day.

They must first meet with Malian President Ibrahim Boubacar Keïta, then jointly with influential Imam Mahmoud Dicko, an emblematic figure of the protest, and the leaders of the June 5 Movement (M5-RFP), the motley coalition which vigorously calls for the resignation of IBK.

Mali in the throes of a multifaceted crisis!

Since the 2012 insurgency, Mali has been plagued by notorious insecurity, particularly in the central and northern regions largely controlled by armed groups. At the political level, it is the results “fabricated” by the Constitutional Court during the legislative elections of March-April which is the drop of water that broke the camel’s back.

Already three major events have taken place in Bamako calling for the departure of the president elected in 2013 and then re-elected in 2018.