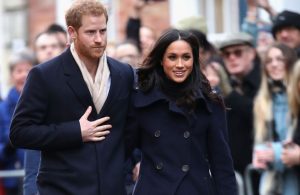 More than a year after the announcement of the Megxit, Meghan Markle and Prince Harry are officially released from all royal constraints. A decision that has just been confirmed Buckingham Palace on social networks.

Meghan Markle, Prince Harry and Royal Bonds, it’s officially over. After intense discussions with the Duke and Duchess of Sussex, who settled in California since they left the United Kingdom, Queen Elizabeth II has decided.

She accepts that her grandson and the latter’s wife no longer represent her around the world: “The Duke and Duchess of Sussex have confirmed to Her Royal Highness The Queen that they will never return as active members of the royal family, read a statement from Buckingham Palace posted on Twitter. After a conversation with the Duke, the Queen confirms that by putting a foot out of the monarchy, it was impossible for them to continue to honour their duties and responsibilities as members of the Crown”.

Meghan Markle and Prince Harry are therefore saying goodbye to their status as active members of the Crown and will have no more events to honour in the future. Their freedom regained, they will be able to devote all their time to the education of Archie who will become a big brother in the coming months.

Sunday, February 14, 2021, after announcing a miscarriage that occurred during the summer, the second pregnancy of Meghan Markle was confirmed. No information was added to the couple’s photo posted on social media, however, to announce the news. Gender or date of term are still unknown. And knowing Meghan Markle and Prince Harry, it is at the last minute, or even after birth, that they may agree to reveal these secrets. Or not.