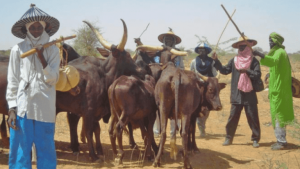 The South East chapter of the Miyetti Allah Cattle Breeders Association of Nigeria MACBAN) has listed some conditions that would stop farmer-herders crises.

Speaking with reporters on Saturday in Awka, Anambra State, Chairman of the association in the Southeast, Alhaji Gidado Sidikki, said the association will support any policy by the government that seeks to stop the clashes between host communities and the herdsmen.

Reacting to the decision of the Nigeria Governors Forum (NGF), on the need for the herders to transit into modern systems of animal husbandry, Sidikki asserted that the majority of its members have no idea about mechanized grazing.

He called on the government to organize training for the cattle breeders which will replace open grazing across the country.

The MACBAN leader also commended the southeast Governors for their continued support to the association in the zone.

He, therefore urged farmers and host communities where his people were residing to always report any disagreement to the security or other relevant authorities for prompt action to avoid the destruction of lives and property.

He said, “The governor’s position is a welcome development, but for the policy to work as expected, the following provisions must be in place for peace and equity.

“They are training and re-training of Fulani herdsmen on Mechanized Grazing, provision of land for Ranching in the 36 states of the federation and the FCT and a continue Town Hall Meetings between Government, Farmers and the Herders in the affected areas.

“I believe with all these, it will bring to an end, the lingering crisis between the farmers and herder in the country“.