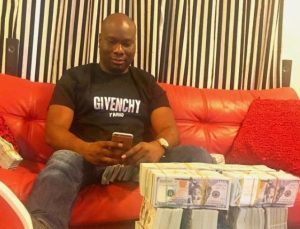 Embattled Instagram celebrity Ismaila Mustapha well known as Mompha, has been released by the Economic and Financial Crimes Commission (EFCC), two weeks after he was re-arrested by the agency.

Mompha regained his freedom on Wednesday, August 26, twelve days after the Nigeria anti-graft agency in Ikoyi, Lagos re-arrested him when he visited their office to collect his expensive items in their custody.

Naija News understands that five wristwatches, one Apple Air pod, one iPhone 8 mobile phone and one pair of sunglasses, were seized by the EFCC operatives last October when the suspect was first arrested.

Mompha’s release follows an application by his lawyer, Gboyega Oyewole (SAN) of which Justice Mohammed Liman of the Federal High Court on July 24 ordered the anti-graft agency to release the items to his client.

On his part while explaining why Mompha was re-arrested, EFCC spokesperson, Dele Oyewale, said his arrest was connected to a fresh set of cyber fraud charges.

However, Confirming his release, his lawyer, Gboyega Oyewole (SAN), said Mompha has also withdrawn the N5 million fundamental rights suit he filed against the EFCC to challenge his re-arrest.