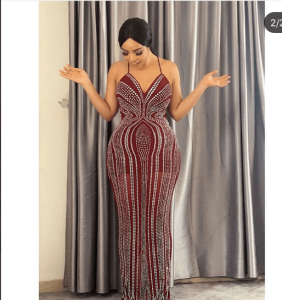 BBNaija lockdown ex housemate, Nengi has disclosed that her boyfriend has been turning down her calls ever since she came back from the lockdown house.

She made this disclosure while fielding questions during a radio interview which occured on Naija FM today.

She noted that she and her boyfriend had been in a relationship for two years, adding that she has tried severally to reach him, and all her efforts proved abortive.

Speaking in the interview, she said;

“We been don dey for almost two years. I no know, e b like say the person don really breakup because I don try to reach out him no gree answer me.”

Meanwhile, rumours which spread while the Big Brother Naija housemates were still in the house,  that Neo  washed his love interest, Vee’s panties in the house, has been denied by him.

The video of Neo had gone viral last week when he was seen washing what appears to be Vee’s undies, while they were still in the house.